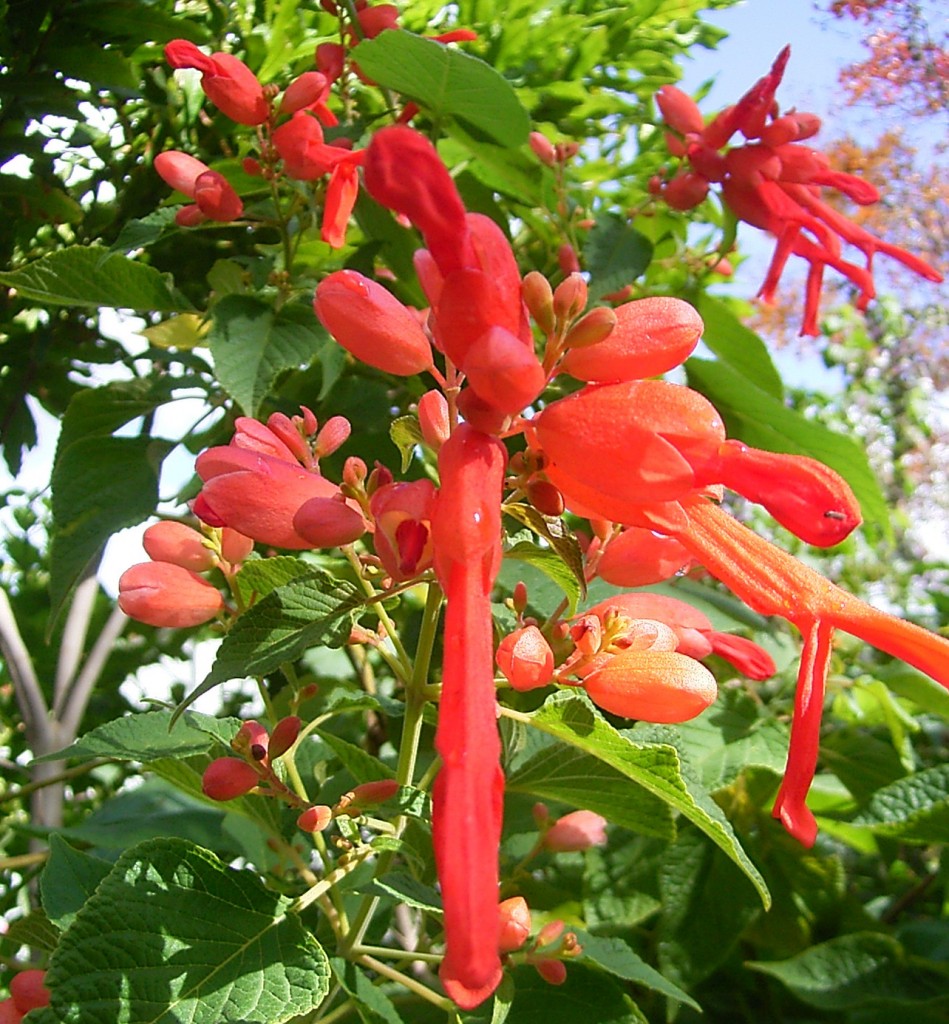 Sessei is a fairly new salvia to Australia.   Quite similar to regla’s flowers, foliage not as similar.   It is shrubby with autumn orangey red large flowers.   The new libanensis which we haven’t got into Australia or anywhere else much,   is also similar with large orangey flowers.

Doesn’t like frost and begins to flower just as the frost arrives (May) so not a good plant for southern Australia.   I finally got it flowering early May 2016.

Not that easy to propagate so there won’t be a lot around even with the specialists for a while.