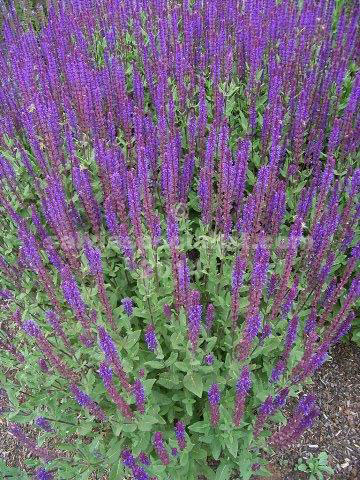 ‘Caradonna’. and  ‘East Friesland’ (Ostfriesland)  are pretty much the same except with ‘Caradonna’ the stems are dark. 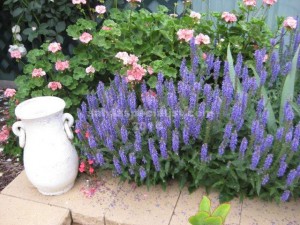 You could have trouble finding the plant you want under nemorosa, superba or sylvestris.   They are probably most commonly referred to as superba in Australia I think.   These photos above are of ‘Caradonna’ and ’Blue Hills’  (‘Blauhugel’).  The banner (photo up the top) is of a plant I received as seed from the Hardy Plant Society in the UK as nemorosa Midsummer.    I think it is really regeliana these days.   It grows quite large – perhaps a metre by a metre.

People frequently want to plant a row of these plants and I often don’t have that amount of stock.  Lambley Nursery in victoria specialises in them and mail orders.