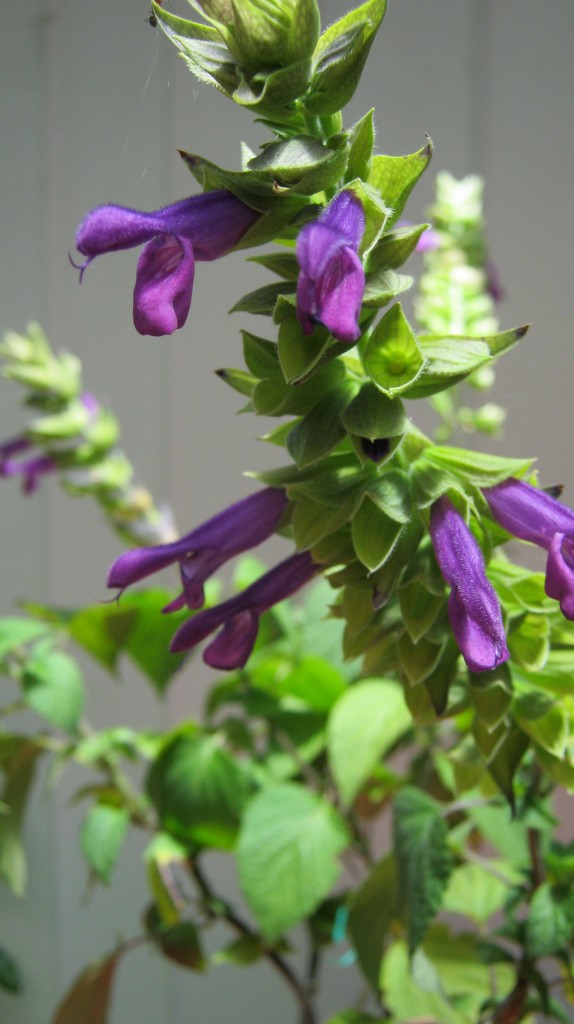 “RUTH’  is a local Australian hybrid from white splendens and atrocyanea.    Atrocyanea is rarely seen but has rather congested heads of blue flowers which take turns to open.

‘Ruth’ seems to want to grow around a metre and have purple flowers all the time if there is not heavy frost.

Because it has not been released very long I don’t have feedback of its behaviour in other areas.