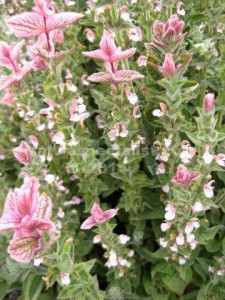 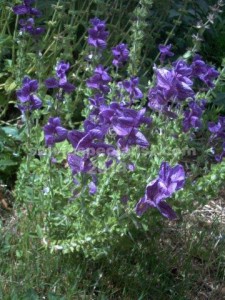 This salvia was one of the first to be grown in Australia.   It is a self seeding annual and not very easy to come by locally these days.   The most beautiful examples I have seen were generally in the United States and I often yearn to grow the pink and purple viridis successfully.

I think it is best to sow at the end of summer so it has winter to make a substantial plant ready to bloom in spring and summer.   I don’t think it is frost tender at all.  Sowing it in summer will have it trying to flower rather than putting on growth to support a lot of blooms.

Unfortunately the name of this salvia has been varied over the years,  mainly with horminum,  but occasionally it also gets sclarea put on it.   A large wholesale nursery in Victoria was labelling S. sinaloensis as viridis which would be very confusing.

Because it is an annual I don’t usually sell this plant.