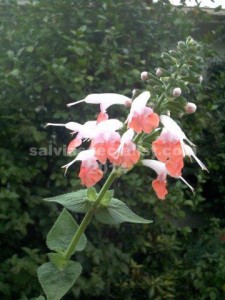 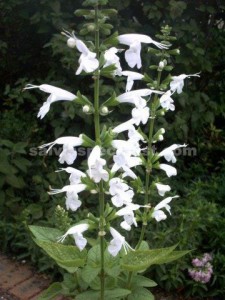 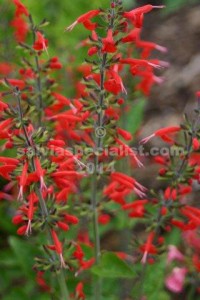 Coccinea is a widely distributed salvia, perhaps because of its enthusiastic seeding.  It is an evergreen about 1m high but could be short lived.  Coccinea comes in 3 colours basically, (but there are some variations),  a crisp white,  bicolor – pink and white which is very popular, and red.  The red is a scarlet red.   A variety has been released called ‘Forest Fire’ which has dark calyces and red flowers.  I often enjoy the colour of the red with the sun behind them.

Most of my plants in the garden are volunteers.    I don’t generally sow them.   They could be a bit weedy in tropical areas or where they are going to escape into the bush.

Coccinea can burn with frost colder than -2C.