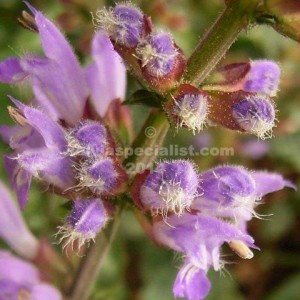 Japonica is a small cold hardy evergreen.   No prizes for guessing its country of origin!  Japanese plants often are found around streams but will take average watering conditions.

Foliage is a tight rosette form with summer flowers on spikes about 25cm from the base.   A well grown plant can be pretty.  The species appears to have mauve flowers but there is a white form.

There are a number of other similar salvias in Japan and China but they may mainly be annuals.   We have had, and maybe lost, chienii,  in Australia.